It's really happening.  Tomorrow, I leave with my sister to Campo, CA.  I had thought about doing the PCT almost a year ago.  Now, I'm about to start.  I have a huge range of emotions that I am experiencing.  There is a lot of uncertainty but I'm sure that I can do this.  If you are interested in following my journey, please go over to my PCT blog.

Thanks,
Jerry
Posted by Jerry Jacobs at 6:30 AM No comments:

It's been a dream of mine since I was a young lad, to hike the PCT. I don't quite remember when I first heard about it but it was probably in my childhood. A portion of the trail ran right through where I grew up, The Columbia River Gorge. There were trail markers I'd see quite often and through hikers I occasionally saw in the summer. When I was young, I never thought much of the trail. It was only once I got older that I knew I need to experience it.

Throughout my early twenties, something or other got in the way of things I wanted to do. A lot of the times it was work but sometimes it was money, as I just didn't have enough. As I worked as hard as I possibly thought I could, that old saying came to mind "all work and no play makes jack a dull boy". I had wanted to live in Japan since I was a kid, so I went for it.

I packed up and headed out at the ripe age of twenty four. I found a job as an English teacher. I had only planned to stay three years but financial troubles and falling in love has kept me here a bit longer.

I'm thirty now, still in Japan and trying to figure out my next step in life. I want to return to America but I don't quite want to go straight back to work. Living in Japan as a teacher has given me something most people don't experience; two and a half months of paid vacation. The time off has given me time to think about a whole lot of different things. The PCT being one of them. I'm sure the trail isn't going to fix my problems but spending time in nature is a form of therapy for me. I'll have a looooong time to think about what I want to do for the next chapter in my life.

For now, I'm reading up on the trail as much as I possibly can. I'm trying to budget and stash away money. Soon I'll be buying gear and testing it out. I'm conditioning my legs for the long walk ahead. At the same time, I'll be tying up all the lose ends in Japan. There will be many goodbyes to be had. I'm not worried about my adventure, just anxious. 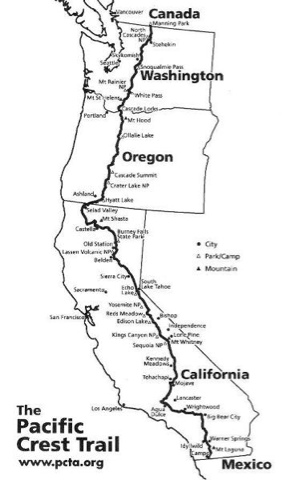 Posted by Jerry Jacobs at 1:49 PM No comments: 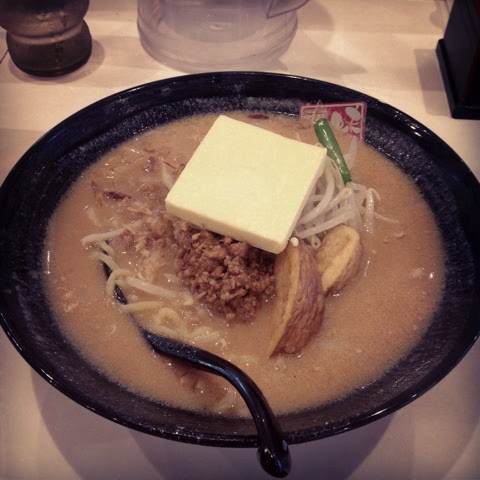 Posted by Jerry Jacobs at 12:11 PM No comments:

Who here watches Dr. Who?  I don't but guess what I found in S. Korea and Olympia, WA?  I found a Dr. Who police telephone booth. 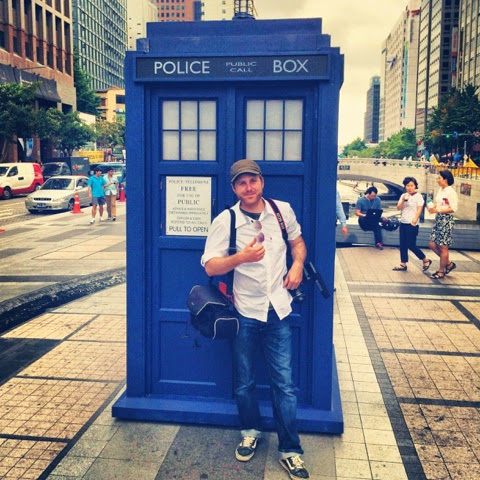 The one in S. Korea was a promotion for the TV show called Dr. Who.  I don't know much about it but I assume that Dr. Who probably uses these telephone booths like superman and changes into his or her clothes. 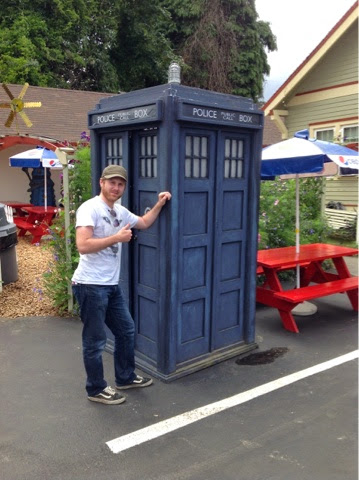 My friends told me that the Dr. who police telephone booth is called a tardis but that doesn't make sense because it says police box on it.

The one in S. Korea was for a promotion for a TV channel from England called The BBC. Which kind of confuses me as BBC stands for British Basketball Company. The Dr. Who police telephone booth in Olympia was found at a burger joint. I can't remember the name but they had good tate or tots.
Posted by Jerry Jacobs at 11:26 AM No comments:

Right now, I'm finishing up a video. It will be out this Saturday, the 27th. What's coming down the pipeline next? How about Paris, Texas! I visited this place when out was far out east, visiting my grandma. I'm not sure how I even learned about the place but a nice short video about the beauties of this city will be coming out next month.

Here are some snapshots! 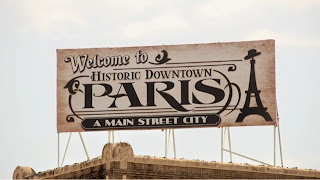 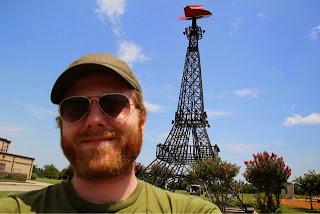 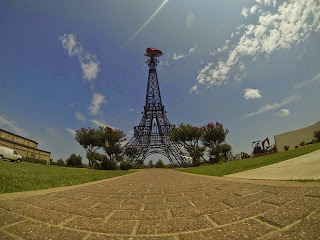 Posted by Jerry Jacobs at 11:17 AM No comments:

About a mile outside Armarillo, Texas, due west; is Cadillac Ranch. I read about it a few days prior to visiting It was listed on "Weird Things to See in Texas" type of website. At the time I was with friends and we were on our way to Las Vegas. Starting in Dallas, I thought we'd cross through El Paso but when my friend Steven said we would be avoiding that are due to cartels and going through Armarillo; I was thrilled. I immediately told them about Cadillac Ranch. It was time to soak in some Americana. 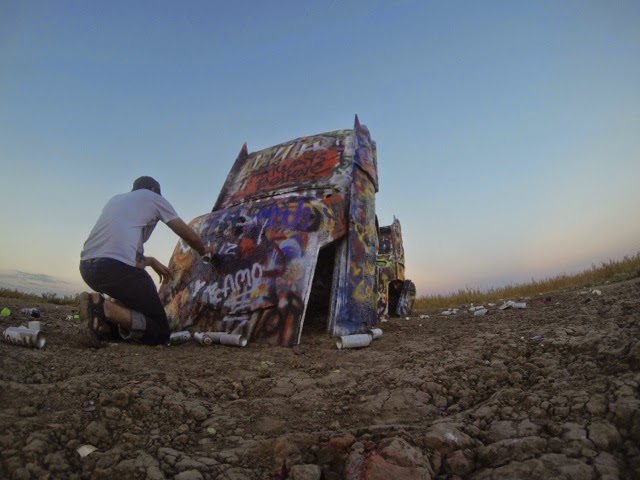 Posted by Jerry Jacobs at 11:13 AM No comments:

Does Japan have Bigfoot?

Sort of...  Around the time that Sasquatch exploded onto the scene in the 1960s and 1970s in America, Japan had it's own version make a stand.

Trying to find any information on the hibagon in English is nearly impossible.  My Japanese isn't up to par, so searching that was is just as tricky.  I've been told that it has other names and legends of the creature go even further back. 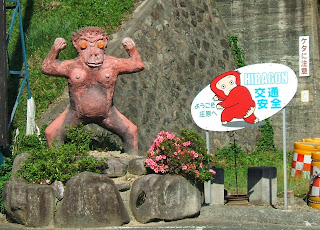 I was told about a creature that met the criteria for a Sasquatch and Higbagon like creature known as ''Satori'' (さとり).  The description and even the characteristics match.  I've read many encounters people have with Sasquatch and they feel almost mesmerized by the beast.  They never felt fear and instead felt a connection with the creature.

Personally, I really don't like to go down the road into 'tabloid' weird and hear stories about people saying how bigfoot is a transdimensional being.  It really grinds my gears.  But to hear that there are similar stories all the way from Japan, is somewhat fascinating.

Yesterday I showed a video that had some cold and nasty weather.  How about today, I take you in the opposite direction and talk about the PHILIPPINES!!!

Nearly two years ago I made the trek to that lovely country.  I went with my mom and dad, whom I met in S. Korea.  We were going there to attend the wedding of my sister as she was marrying her Filipino fiance.

I spent roughly a week in the Philippines and the time there seemed far to short.  During the winter months, I somewhat slipped into a depression and even though I'm used to gloomy weather (I'm from Washington) being far from family didn't help.  The week spent in the Philippines was enough to cheer me up and get me somewhat out of the 'fog'.  It was nice warm sunny weather and the people were just as kind.

We spent most of our time north of Manilla and took day trips out to Bagio and the Hundred Islands.  It was quite a contrast from Japan and Korea but I really was able to take in the relaxed atmosphere.  I really want to go back.  Being around my parents the week prior was nice but they aren't always up for exploration like I am.

Posted by Jerry Jacobs at 10:26 PM No comments:

Here is another video I neglected to post a few months back!

This stop is somewhat hard to access if you don't have a car.  The only other way is via train or bus and I'm not even sure what kind of schedule those choices operate on.

I made this video in mid-March and as you can see, it was still snowing.  Always remember to dress accordingly!

Posted by Jerry Jacobs at 8:41 PM No comments:

Before summer, my friends and I ventured out to Nasu Highland Park.  It's basically the only theme park in the area.  A lot of people say it's over priced and over rated but the four of us managed to have an awesome time.  Much of this had to do with the co-operation of the weather.  In the morning there was dense fog that covered the mountain.  The threat of rain meant that ticket prices were half off.  It also meant that the crowds were to be thin.  After about an hour at the park, everything cleared up and it was a good day all around.

Posted by Jerry Jacobs at 8:31 PM No comments:

Planting rice the old fashioned way was back breaking labor.  A single field would take hours to plant.  With the help of modern technology, that job has been drastically cut.


This past May, I had the opportunity to help out my girlfriend's family plant rice.  It looks like all I did was screw around and make a video but I can assure you that I actually helped out in this process!  You'll see me for about ten seconds in the entire video!  Next year, they offered me the chance to drive the machine.  I don't think anyone likes doing it.  Sadly, I missed the chance to watch the rice harvesting which is just as fascinating.
Posted by Jerry Jacobs at 8:23 PM No comments:

A machine that dispenses eggs?

Japan has a vending machine for just about everything.  Aside from the gloriousness of a beer vending machine, they also have more practical ones like this egg vending machine.  Here is a video from my friend Steven about one.


The likely hood you'll find a machine like this in Tokyo is on the low side.  However, you in the country side, they're not that uncommon to come by.
Posted by Jerry Jacobs at 7:40 PM No comments:

What is a hanko? 判子

I made a video a few months ago, giving a brief overview of what a 'hanko' actually is.

Posted by Jerry Jacobs at 7:31 PM No comments:

Help Me Get Around!!! 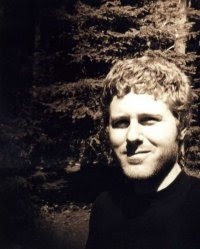 Jerry Jacobs
A dude with a love for travel and experiencing different cultures around the world. Life is short, so experience as much as you can!

Check this stuff out.